Many drivers operate on the belief that, after receiving a citation, they stand a good chance of getting off the hook by going to court because the officer may simply not show up. The idea is that if you can not face your accuser and cross-examine them in the courtroom, there is sufficient reason to convince a judge that you are not guilty. There is plenty of anecdotal evidence from drivers who have had their charges quickly dismissed due to officer absence to support this idea. However, there are many factors that contribute to whether this will work, and even if they all seem to go in your favor, you may still not be able to get out of your ticket. 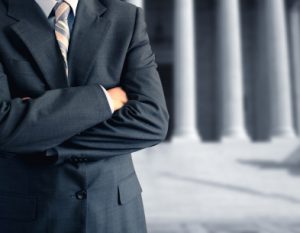 The first thing to understand on this point is that officers are often given blocks of time on specific dates to appear in court. This allows them to book all of their cases on the same day at roughly the same time. The court date that is printed on your citation is almost always within the officer’s assigned time. If you want to try to take advantage of the absent officer strategy in court, you need to call in and ask for a different court date and time. The person you speak to will likely give you a list of other available times, but these are likely to be the other assigned times for that officer, so ask for something at a different date and time. Rescheduling multiple times, if allowed, can also help your case here.

There are also ways the officer can get out of a court appearance while still leaving you on the hook for your ticket. If the officer notifies the court of their absence, whether for vacation or because they’re assigned to be on patrol at that time, it’s much more difficult to use the absent officer defense.

Even if the officer doesn’t report their absence to the court, a judge can simply decide to proceed without the officer. You can object to this for several reasons, citing the fact that without the officer the only evidence is what’s written on the citation, or suggesting that you took time off of work at a loss to yourself to be present while the officer did not. This may work and get your charges dismissed, or it may prompt the judge to reschedule your court date to give the officer another chance to attend, which will likely land you on another one of the officer’s pre-scheduled court dates and begin the cycle again.

Overall, while it’s incredibly nice to have a citation quickly and easily dismissed because of an officer’s absence in court, it is not something to hinge your defense on. If you need to fight the ticket, its best to seek the help of a traffic lawyer, who is better equipped to handle situations in the courtroom as they arise.