In 2000, President Bill Clinton signed into law that all states must impose a .08 blood-alcohol level as the standard for drunken driving. The states were all following this standard by the time 2004 rolled around. However, Utah is set to become the strictest state in the nation when it comes to the legal limit for alcohol consumption. 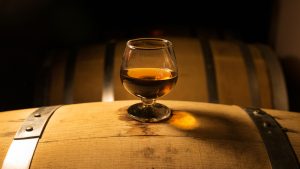 Gov. Gary Herbert will define Driving Under the Influence as having a “blood or breath alcohol concentration of .05 grams or greater.” This comes in significantly under the nationwide standard of .08. In addition to the stricter BAC limit, the law also states that if a person with a blood-alcohol concentration level of over .05 operates a motor vehicle in a negligent manner, resulting in the death of another person, then they have committed automobile homicide, which is a felony in all states. This new law will go into effect on December 30th, just in time for New Years Eve.

Utah is the first state to follow the advice of the National Transportation Safety Board, who has been pushing for the entire United States to lower the limit to .05, citing in their report that “more than 100 countries have already established per se BAC limits at or below the 0.05.”

Depending on the success of Utah’s change, we could be seeing this change occur more frequently throughout the states. For an average man, having more than two standard drinks in the first hour and one per hour thereafter, will put them at the legal limit of .05. For the average woman, consuming one drink per hour will put them at limit.

According to the National Highway Traffic Safety Administration, alcohol related driving fatalities accounted for nearly one third of all auto-accident deaths in 2017, out of more than 37,000. The NHTSA also noted that Utah had the lowest number of traffic deaths involving alcohol impaired drivers.