The Sheriff’s office has issued a press release with some alarming information you need to be aware of. A county deputy was dispatched to a truck stop in Lowry City in reference to someone impersonating an officer. The release stated:

“Upon arrival, the deputy made contact with Aaron and Crystal Taylor. Mrs. Taylor stated she was pulled over by a small SUV with red and blue lights at Highway C and Highway NN. She stated he was a tall, skinny white male with light colored hair and a light colored mustache and goatee. He was wearing a blue uniform with patches on the sleeves, carrying a gun and handcuffs.” 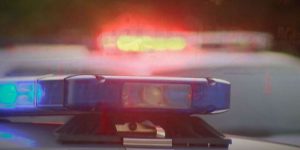 Remember, if you are ever being pulled over and suspect that the vehicle is not a state or city police officer, you are within your rights to request driving to the nearest public place to continue the stop. If you choose to do this, pull over as far as possible, crack your window and express your desire to move the stop to a public place. Most police officers will understand and allow this, unless they suspect you are impaired or your license is suspended or revoked. Once you arrive at a public location, remain in your secured vehicle until proper identification has been made. If you are still in doubt that a real officer is conducting the stop, call 911 and confirm the stop prior to rolling your window down.

This act of impersonating a police officer is currently under investigation and the deputy on scene has requested the video surveillance from Shelby’s Truck Stop. In the mean time, remember your rights and stay safe!