It may soon be the case that as you’re driving down the highway and you spot a police officer pointing a radar gun at your car, they may not be checking you speed. ComSonics, one of the manufacturers of speed-detecting radar guns, recently announced that they have developed a tool for police to detect when someone is sending texts while driving. 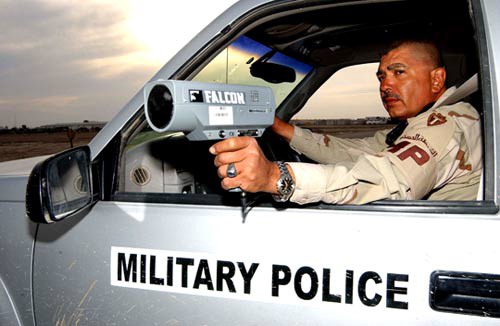 The technology focuses specifically on the range of radio waves emitted when a cell phone is sending or receiving a text message. This allows the device to differentiate texts from other cellular activity, including GPS or Internet use, that might occur while someone is driving.

Determining whether it is the driver who is texting, however, still relies on the observations of the officer. The device is unable to differentiate whether it is a driver or another passenger in the vehicle who is sending the text. It is also possible that the device could pick up on a person who is receiving texts, but not checking their phone or replying to them, or who is using a hands-free texting app.

In addition to the limitations of this technology, critics of the device are concerned that such a tool could be a pathway for police to violate the public’s privacy by detecting the content of the text messages in addition to whether a message is being sent or received. ComSonics has identified this as a concern for their product that should be addressed before it is released in order to comply with privacy laws, but has not stated whether the device in its current state is capable of detecting message content.

With texting and driving becoming more of a threat to public safety, and therefore more of a priority for police departments, new devices to help identify drivers who break texting and driving laws are no doubt a welcome addition to the tools officers have available for their use. ComSonics has stated that their device is nearly ready for production, so it is likely we will be seeing these new text detectors in the hands of officers in the near future.

If you find yourself in violation of the new texting laws please make Springfield Traffic Tickets your first call.