An ongoing case in Ellisville, MO is casting doubt on the continued use of red light cameras throughout the state. The Missouri Court of Appeals, Eastern District, is currently deciding a case in which four pairs of litigants, each couples who received citations from a red light camera, are challenging the legality of how this technology is used. 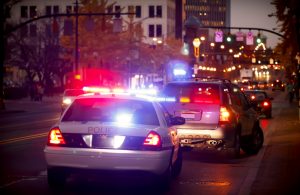 Two of the litigants’ cases were thrown out due to unpaid fines, which offered the couples an alternate solution to their appeal. The remaining two couples, however, had already paid their fines and were therefore able to demonstrate that they had been directly and adversely affected by the existing laws governing red light camera usage, allowing the case to proceed.

The primary issue in this case hinges on how the law dictates who receives a citation in the case of a red light violation. Currently, the red light cameras classify offense as a non-moving violation, assigning no points to the driver and allowing for the citation to be issued to the owner of the vehicle. However, the wording of the violation implies that the vehicle must be moving through the intersection at the time the camera captures the offense in order for it to be recorded. According to state law, this should be considered a moving violation. As such, the driver of the vehicle needs to be assigned points for the violation along with a fine, and the owner of the vehicle should not be held responsible.