Greene County Sherriff’s Office took to Facebook this morning to set a few things straight. Read what they had to say below: 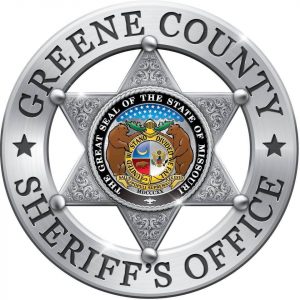 “From the desk of Sheriff Arnott; response to the misleading News Leader article.

The assertion made by the News Leader and the attorney that deputies must meet quotas by unlawfully stopping vehicles is simply misleading if not ludicrous. A deputy who did not clearly understand the question or the terminology was led down a path by an attorney and he misspoke on the witness stand by agreeing with attorney’s use of the word “quota” as it relates to the grant productivity suggestions. The MoDot grant the deputy was working under suggests three contacts per hour, in other words the deputy should attempt to identify three individuals violating a traffic law each hour and conduct a stop to correct and educate the motorist on the unlawful behavior. This number is suggested by MoDot and is based on traffic studies in our area. There is no policy requirement or rule issued by MoDot or by the Greene County Sheriff’s Office dictating what action the deputy must take. Greene County Sheriff’s Office policy explicitly prohibits traffic citation quotas GCSO Policy 500.3: “Enforcement actions are commensurate with applicable laws and take into account the degree and severity of the violation committed. This office does not establish ticket quotas and the number of traffic citations issued by any deputy shall not be used as a criterion for evaluating deputy overall performance. No deputy shall be asked to increase their issuance of traffic citations or meet a quota (575.320 RSMo, 304.125 RSMo). The visibility and quality of a deputy’s work effort will be commensurate with the philosophy of this policy. Several methods are effective in the reduction of collisions.”

The purpose of the grant and the mission of the sheriff’s office is to correct unlawful driving behavior in effort to reduce accidents, save lives and to make the roadways safer for all. More often than not, motorists are educated on the violation and left with a verbal warning.

Missouri law requires the collection of traffic stop data to include the reason for each stop. The Greene County Sheriff’s Office submits this data annually to the Missouri Attorney Generals Office in compliance with state law.

The accusation that sheriff’s deputies are unlawfully stopping vehicles, without probable cause is unsubstantiated and fabricated and yet another instance of biased and misleading reporting by the News Leader.”