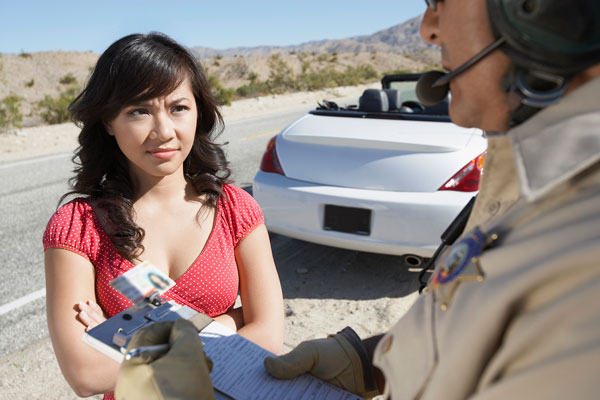 If you have had your driver’s license suspended or revoked, the worst thing you can do is to continue driving. Beg your friends and family for rides, take public transit, take up bicycling as your new hobby, support your local taxi or rideshare drivers, take up jogging, do anything but drive a car yourself! If you are caught driving while your license is suspended or revoked, there can be very serious and lasting consequences, including fines, court dates, and possible jail time. If you have an invalid license, find another way to get around!

So your first line of defense against losing your driver’s license is to carefully follow the rules of the road and to avoid committing criminal offenses. However, life can get messy. And if it does for you, you should know the penalties, and possible road to redemption to get a new driver’s license.

Any of the above violations can invalidate your driver’s license. This means that for a time, you will be prohibited from driving as a punishment or until certain conditions have been met. There are two kinds of suspension, definite and indefinite. Depending on the DMV and judgment in your case, your suspension will be a definite set time (at which point you get your license back), or an indefinite, or open-ended suspension. In this case, certain conditions must be met, such as payment of fines or fees, repayment of child support, completion of a 12 step program, etc. Once the judgment has been set right, the DMV will reinstate your license. You may then begin to drive again. Some other suspensions are:

The Administrative Review Suspension is usually for people who have a medical condition that would make driving hazardous. They may get their license back if their condition has been treated or has disappeared, or is no longer a danger. A document from a physician will be needed to validate the new driver’s license. Some people will have a driver’s license suspended in general, but may be granted a limited driving privilege, such as to go to work and straight back home with no stops along the way and other pending conditions. Also, some people will be allowed to drive only if they install an ignition interlock device in their car, if they do not, their driver’s license is considered suspended.

A revoked license is permanent. It is not granted back to the driver no matter what restitution has been made. It is the final decision of the courts and the DMV. There are some certain conditions in which you can apply for a new license, however. A driver’s license can be revoked for these offenses:

While a revoked license cannot be reinstated, some people may be able to obtain a new license. This is dependent on the completion of any outstanding payments for fines, conditions set by a court, and approval from the DMV. Applicants will have to take a new written and road driver’s test, and pay all fees to get a new license. It is not easy, but it is possible.

Consequences For Driving With An Invalid License

If you have a suspended license or a revoked license, please do not drive. Driving with a suspended or revoked license is a criminal offense. If you choose to drive with an invalid driver’s license and you are caught, penalties can be severe. Penalties can range from a Class D Misdemeanor to a Class D Felony depending on the suspension or revocations. If you are a first offender and driving on a short-term suspension, it is a class D misdemeanor and you could be fined up to $500.00 and a possible up-to 6-month jail term. If you drive on a license revocation, even if you are a first time offender, you could get slapped with a class A misdemeanor, and you could be slapped again with a $1,000.00 fine and up to a year in jail. If you are a repeat offender with multiple criminal convictions and DUIs in a certain period of time, you could face a class D felony, with up to a $5,000.00 fine and up to four years in prison. Best not to get caught up in that trap. Along with the fines and possible jail time, finding an insurance carrier with a suspended or revoked license is extremely difficult. You are labeled “excluded driver” and your insurance rates, once you can drive again, will be exorbitant, if a carrier decides to insure you at all.

If you do find yourself in trouble driving on a suspended or revoked license, you really do need a lawyer. You will need competent legal advice and someone to help you in court to try to mitigate high fines and possible prison time. This is not something you should try to do on your own.

Call the legal team at Springfield Traffic Tickets. Although driving on an invalid license is a more serious criminal offense, our legal team can assist you with questions you may have, and to get a quote. We may be able to help you, to get lower fines and fees, and to avoid or reduce jail sentences. Again, don’t drive on an invalid license, and if you do, give us a call!