Automobiles have been around for over a hundred years and the first speed limit laws followed right behind them. 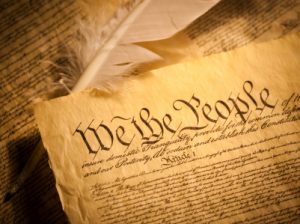 Here are some interesting dates in the history of speeding and legal repercussions:

As vehicles have evolved and with it their capability of higher speeds, limits have adjusted in response.

The purpose of speed limit laws

Much to the speedsters among us chagrin, speeding results in breaking the law. While tickets are a frustrating ordeal due to the cost, the inconvenience, and ramifications such as increased car insurance prices the bottom line is that speeds are limited for a reason. Higher limits come with a greater risk of accidents because reaction times are greatly diminished. The need for the sake of safety to enforce such limits, lead to the invention of the radar gun and patrols that watch and ticket speedsters.

However, there are places in the world that do not have enforced maximum speeds. Over half of Germany’s autobahns are without federally mandated limits!

When you find yourself in a pinch, we can help you fix it!

Here at Springfield Traffic Tickets, we can help you handle your traffic infractions. Our goal is to prevent points from stacking up against your license which can lead to raise insurance rates and, if you get too many, license suspension. We also strive to lower your fine. For standard tickets, you don’t even have to appear in court, one of our attorneys will go on your behalf!