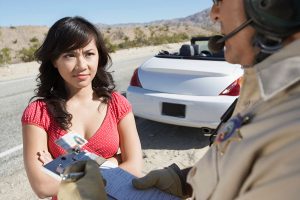 Have you been issued a speeding ticket in Springfield that you plan to fight? Then you’ve found the people who can help. When you decide to fight a speeding ticket, choosing legal representation from a Springfield speeding ticket lawyer/attorney is always the right option. It’s never a good idea to try and fight a ticket in court by yourself. As a matter of fact, most professional attorneys who end up in trouble with the law end up hiring an attorney to represent them as well. Here’s why:

This is true for attorneys, but it applies even more to you, the layman. After all, you probably don’t have any legal education or experience. The law is complex, and the language of the law is esoteric. During the course of your legal battle, you also run the risk of further incriminating yourself. A Springfield speeding ticket lawyer/attorney knows not only what to say, but also what not to say. In the heat of the moment, you might end up letting something slip that would have been better kept under wraps.

Springfield Traffic Tickets is here to fight your case for you. Often times, it’s as easy as giving us the information we need and letting us take care of it. You probably won’t even have to show up to court! It is also typical that we can have a ticket dismissed outright before a trial even takes place.

Our goals are to:

When you choose a Springfield speeding ticket lawyer/attorney at Springfield Traffic Tickets, you can expect fair prices and friendly service. We have a reputation for success, having represented thousands of people in Missouri.

We have many ways of fighting traffic tickets. We know what to look for on the ticket, such as missing, misspelled, or incorrectly written information. We know what to ask the officer and what to tell the judge. When you choose us for legal representation, you can expect quality work. Here are some of the most common ways we go about fighting a traffic ticket in court:

Contrary to popular belief, a Springfield speeding ticket lawyer/attorney isn’t going to cost as much as you might think. We have an incentive to offer affordable services. After all, if it was ultimately going to cost more to hire us than simply pay the ticket and accept the consequences on your license and insurance, no one would seek our help!

When it comes to traffic tickets, you basically have one of two options:

As stated above, it’s never a good idea to try and represent yourself in court. Whether it’s a simple ticket for running a stop sign or a far more serious crime, your best option is to hire a professional attorney who has the education and experience to represent you.

A Springfield speeding ticket lawyer/attorney at Springfield Traffic Tickets has the skills you need to help you get your ticket dismissed.Springfield Speeding Ticket Lawyer/Attorney